Part 15 of a continuing series, (see Part 1 here), documenting and reflecting on a set of states I mapped and moved in 2008. The set revolves around a deeply buried, internalized violence taken on in childhood and adolescence in response to experiences with my father.

Now that Vicious Enforcer was no longer waiting to strike, I was free to move the many layers of defense which had become piled on top of it. The next day, I settled in at my favorite cafe, rolled up my sleeves, and got to work. Angry at Myself called my attention, and I entered its space to see what kind of images would come, and where they would take me. But before I completed moving it, Confused Paralysis came to the foreground asking to go first.

“Even when this isn’t directly in my head, it affects the Reasonableness, makes it less effective somehow. It’s almost like, ‘you’re not doing a good enough job, so I’m taking over to make sure you don’t fuck things up even more.’

“Heavier, more dense… it would drop to the floor… feels grounding but not in a pleasant way, more like an anchor…

“This seems to want to be some kind of firm anchor, a stabilizer that makes me more substantial, immoveable by outside forces, moving only by my own intention. High inertia, whether moving or still, from the perspective of outside forces. I am firm in my steady commitment to and movement toward my visions and goals. An indomitable force.

“An intensely massive, very flexible solid, moveable by itself, but immoveable from the outside. Dark gray, absorbs light. Like lead in density, but much softer in texture.”

The phrase “immovable from the outside” caught my attention here. When moving a state, we want to arrive at a place which is truly ideal. As I indicate in the preamble for the moving process [LINK], we’re going for what this part could be “in a perfect world, where all needs are met.” The phrase that caught my indication seemed to suggest that there were forces in the world that this part needed to resist. In a case like this, I’ll invite further shifting. In this case the extra shift was subtle, but significant.

“[In a world in which there were no opposing forces, what would this get to be?] Not much different, maybe a bit softer.

“Warm, like body temperature and maybe a bit warmer; very, very dense, soft, highly resilient solid, like the weight and muscularity of a bull packed into my body. Whole body, no more than that. Color is a deep, warm gray, and the appearance is velvety almost, like dense fur the way light gets absorbed. Very like an animal, a horse perhaps, strong yet supple. Movement is more about stillness, although this can move easily by intention. Sound is that of deep breath, larger than life, as if I and those around me are being breathed by something more universal.” 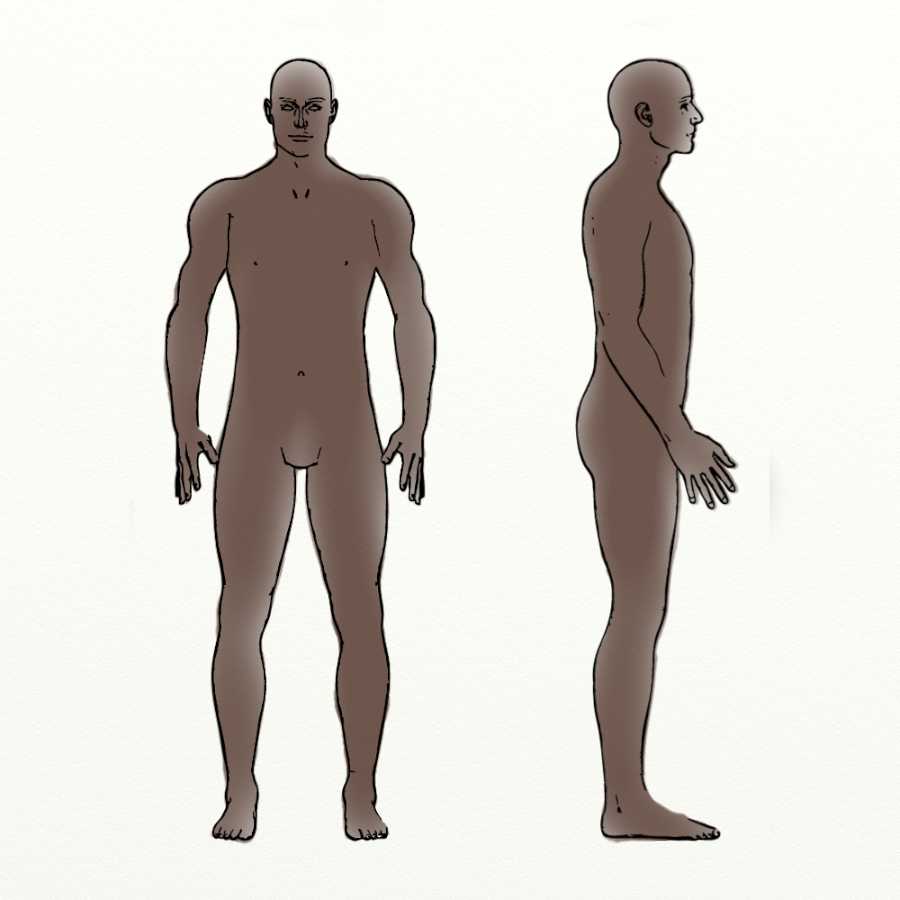 “I know what I am about, what I am here for, and others sense that. Others trust me, my stability and focus and commitment. I am an indomitable presence, a force for good in the world and in my relationships. I know what good is, and what it takes to promote it, and I do not hesitate or hold back in my steady support of what is good in everyone.

“I am committed to the good in everyone. I know its nature. I know how to work with it. I devote my life to the promotion of a world which acknowledges and supports the good in everyone. I have no hesitation to engage with anyone, regardless of their views or perspective, because I know what I stand for and I relish all opportunities to do my work. I am a champion for peace in all forms, everywhere. I am a champion with an indomitable presence.”

After moving Confused Paralysis, I noticed myself becoming annoyed by a guy sitting nearby me in the café. My Contempt was coming to the foreground, ready to be moved.

“Contempt has been active today at Victrola, and is coming up now in my annoyance at a guy’s voice. He won’t shut up — seems like a nice enough guy but I wish he would shut up. Very distracting to me. Can I move this now? I began with an active imagination journey.

“Journey: the energy intensifies, becomes a radiant burning force that fries guys to a crisp. They fall like flies from a bug-zapper, incinerated. I wander the world blasting all men I encounter. I laugh when they fall, surprised and fried. They never saw it coming, damned fools. After a while there are no men left; I am alone except for all the women in the world. Suddenly I don’t belong. I am an outsider. I wander furtively, disguised and hiding out. I begin capturing women and turning them into men – good men, who have a heart and sensitivity and awareness, who value communication and collaboration, who champion the good in people rather than waste precious time and resources competing for status. (I realize that much of my contempt for men has had to do with not wanting to get pulled into competing for status. I’m not interested. It is wasteful for everyone. It hurts good people. Plus, entering that competition puts me at risk for igniting the Vicious Enforcer.)

“My presence transcends status. It makes status jockeying irrelevant. Nobody can possibly take a status higher or lower than me. The game is simply nullified. In this place, Contempt is irrelevant…”

Now I brought my attention back to the actual, felt experience, and shifted the feeling back to the qualities I had mapped as Contempt, to start the moving process from there.

“Laughing… reversing the directionality of the beams… [I am suddenly filled with an appreciation for the people around me. The annoying guy and his friend are endearing. I have a little eager excitement going. People have so much to offer! Tears.] Coming from outside me, entering my heart area…

“Like light, coming from every direction, origin points in every person, people arrayed 360 degrees all around me. Yellow-gold light, warm, converging in my heart or solar plexus, my core. It fills me with warmth, appreciation, excitement about the possibilities of what we can do together, bringing all the goodness to a creative focus. The intensity is very high, like a parabolic reflector for human goodness and light. I have the capacity to hold and focus it, though, because I have Indomitable Presence. That part has a high heat index, can absorb an enormous amount of energy. 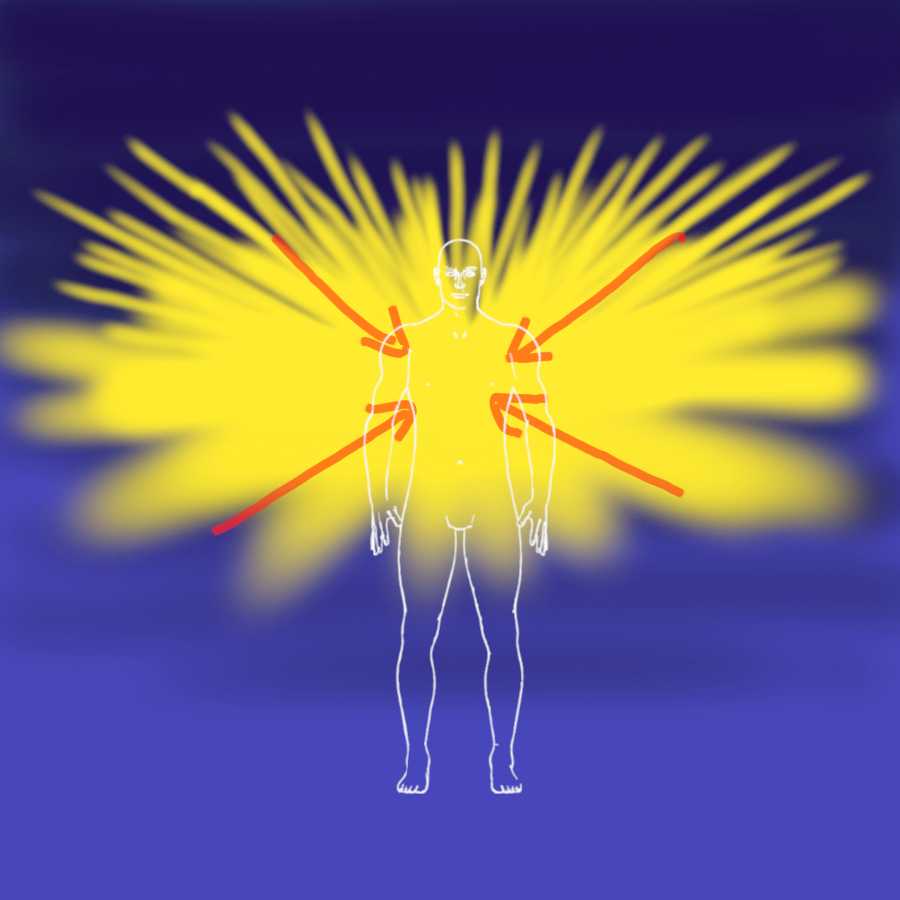 “Sound of laughter and excited talking, as if in a large conference full of people who are really psyched about something they are learning and doing. I want to feel this in the context of workshops, lectures, etc!”

I called this Nexus for Human Light, and it seemed to be the Outside Source part, drawing from infinite possibilities for connection all around me. (Again, I’ll be describing this architecture in future articles.) So now I had moved two of the three sources, the context and the outside. I was still missing the inside source. This was a part like many others I’ve encountered, where the directionality of the reactive state, Contempt/outward, was reversed to become the ideal, Nexus / inward.

The final state I moved on this day was Angry at Myself, the state I began with. Tomorrow I’ll share how that went.

Want to dive in more deeply to feelingwork and further explorations of feelingmind? In 2020 I’ll be I’ll be opening a learning and practice community with live, group calls where we can go much deeper into the material and practice the skills. If you think you might be interested, please check out the community website at enteleos.com. If you might prefer working with me one-on-one, consider booking a private pession. If you’re already clear about what you want, contact me. Looking forward to connecting!